The Pavement Project has arrived in Chile!

Chile for Christ is supporting the Pavement Project, helping street children in Chile. We have just received this report on the most recent activities there.

Although it is one of the most developed countries in South America, Chile has a child population facing tough situations. Unicef surveys from 2017 say that 24% of the Chilean population is between the age of 0 and 17 years, more than 4 million. Out of this group, 8.7% is indigenous, a group that has the highest rates of vulnerability in the country. Of the total under 17 years, 29.5% are below the poverty line; 6.6% perform some child labour; 71% of them claim to have been the victim of some kind of abuse. Many organizations and churches have held a responsible and committed work to help these children and teenagers to have their rights guaranteed. To support the work of these organisations that Pavement Project has recently been implemented in the country. 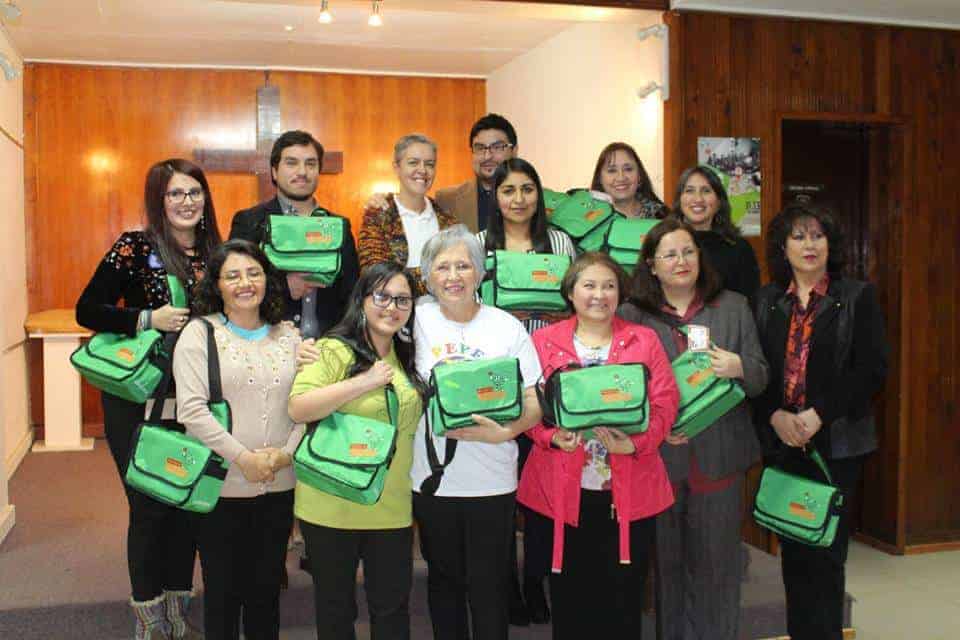 These are some of the testimonies given by the workers:

Pavement Project (Proyecto Calzada in Spanish) and its possibilities of use give a fascinating result, especially for the centrality of the Bible, as few programs that I have ever met. Noemí Zapata

After this wonderful time of training to use the green bag app I feel like a torch that can take light to children and young people with whom I work. Now I am ready to perform my job better and be a better daughter of God. Edith Concha

I thank God for giving me the privilege to take part in this training and be able to have this new tool at the service of his Kingdom. I am already thinking about the many children who I will be able to help, through the Holy Spirit, to experience a new life. Marisol Benavides

This new tool of restoration was an answer to prayer because I did not know how to help children to share their pain and use the Bible to bring comfort, even being a psychologist, and now I can help them more deeply. Carlos Figueroa

During the counselling, we assess how the children are receiving the biblical message and ask them to choose an object, an animal or something from nature to express how they see themselves in the context of the traumatic situation they have experienced. Imagine how wonderful it was to see their hearts healed, their sadness turned into joy, the rejection giving room to welcome Jesus, the shame becoming relief, anxiety turning into calm … it was what they said they felt after hearing the Bible stories.

Changes in self-image and self-esteem were striking. For instance, a girl who was very sad about the death of her grandfather said she saw herself as a sad girl who is waking the dead body of her grandfather. At the end of the meeting, this girl became a happy girl that plays with her friend; another child said she saw herself as a sad cat, because her brother always beats her. At the end of the session, she said she now felt like a butterfly, happy and free; another child said she looked like an Eagle who wants to fly away, always when her schoolmates call her fat and provoke her to fight. Knowing that Jesus loves her made her compare herself to a happy doll. These are just a few of the testimonies about what the Lord did in the lives of children during the counselling sessions with the Green Bag app.

We thank all the partners who have made possible our trip to Chile, especially the coordination of PEPE Network Chile.